Turn on suggestions
Auto-suggest helps you quickly narrow down your search results by suggesting possible matches as you type.
Showing results for
Search instead for
Did you mean:
Ask a question
Options

PSoC 5, 3 & 1
Own Verilog/UDB component with trigger input =&gt; what needs to be done wh...
Hi,I'm creating a component which uses a rising edge trigger input. The component uses two states. In the first state, the inputs are saved and the in... Show More

I'm creating a component which uses a rising edge trigger input. The component uses two states. In the first state, the inputs are saved and the internal state machine switches to the next state on trigger, does some calculation and then switches back to the first state.

I wonder if storing the values in the first state should always be performed, leaving the trigger event to only change the internal state or saving the inputs only when the trigger is detected. Currently I can't see no difference, but my experience with hardware description is quite low.
Maybe someone can give pro/contra for each approach?

PSoC 5, 3 & 1
CY8CKit-059 to Ramps 1.4 adapter design available.
Hmm,  all posts are questions now. I am working (very much part time) on a psoc5LP printer control project.  Life is what happens while you are making... Show More

Hmm,  all posts are questions now.

I am working (very much part time) on a psoc5LP printer control project.  Life is what happens while you are making other plans.

I chose to use the Ramps 1.4x board for printer control due to availability and price. You can purchase built Ramps boards very cheaply.  I chose the CY8CKit-059 ('059') for much the same reasons, but it is now out of stock. 😟

I created an adapter board to adapt the '059' board to the Ramps board. It is now at version 1.3.  (yes, 3 previous mistakes)  I have posted the Eagle files for the adapter board at socmaker.com.  The schematic and board layout images are also shown on the site in case you want to roll your own using the information presented as your template.

I also have several posts for using the '059'  USB ports (micro-usb and the finger connector) with windows, mac, or linux.  And several other items. 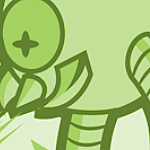 PSoC 5, 3 & 1
CY8C5868AXI-LP035 - Can we identify counterfeit via X-ray die paddle pho...
From the photo above, are we able to identify the part is genuine and originated from Cypress factory? The country origin is different, I would hop... Show More

From the photo above, are we able to identify the part is genuine and originated from Cypress factory?

The country origin is different, I would hope to find out if the parts at the left side is genuine as X-ray photo shown the die paddle is different from my past receipt 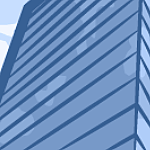 Hello everybody ,
I use Parallels on MacOS to be able to use PSoC software, in particular I use Bridge Control Panel for UART communications. Everything always worked fine until I installed parallels version 17.1.0.

Now I have problems with the associated COM port, PSoC is detected, I can send data via UART, but I can no longer receive data.
Has anyone encountered the same problem and managed to fix it?
Thanks

PSoC 5, 3 & 1
CY8CKIT-059 Availability for purchase
This might be slightly off topic. Worldwide semiconductor shortage. Almost all the online vendors of PSoC kits have run out of stock. Can anyone pleas... Show More

This might be slightly off topic. Worldwide semiconductor shortage. Almost all the online vendors of PSoC kits have run out of stock. Can anyone please tell me when will be the CY8CKIT-059 available again? 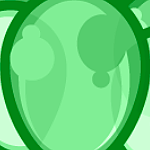 PSoC 5, 3 & 1
Psoc designer error
Idk why it doesnt read a direction to the lib when i tried to build a project and moreover why I can't change the direction myselfIt output me an erro... Show More 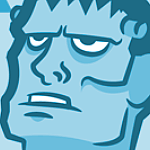 currently high school student in Terminal STI2D in france, i need in the frame of my classes, control a servo motor with a PSoC Card. Despite a many research in web, I can't find any information.

could you help me. Please. 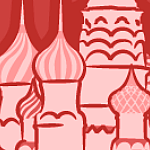 PSoC 5, 3 & 1
Things are not solved until they are solved. 3 phase 5 KHz tunnable sign...
The original Re: 3 identical shifted signals, 5 Khz, tunnable by program, with sensors  I had to make the new question because the previous som... Show More

The original Re: 3 identical shifted signals, 5 Khz, tunnable by program, with sensors

I had to make the new question because the previous somebody marked it 'as solved', then, when I could return to this problem and asked the next subquestion, nobody see it because 'it is marked as solved', although it is far away of being really solved.  I'd ask, Solved for who?  If the person with the question can't handle the answer as something that solves the real problem, it is not solved.

So, excuse me for the delay.  I'm now back with this problem.    I hope CONSULTRON could continue helping me as he gave me the example I'm working with.

As I stated first, I need to move frequency about +- 12% from a frequency, that is a little lower than 5 KHz, in order to sustain some resonance on the system.  i have seen what you sent, I understand that the clock was defined as the 8 bit period (256) multiplied by 5,000 Hertz, so you get a clock of 1.28 MHz. but as I need to move smoothly the frequency from the program (see the image freq_resonance attached), I see at first sight two posibilities:

1. To change the frequency on the clock with  Clock_SetDividerValue(uint16 clkDivider) or

2. To change Period of the first PWM

The problem is that I don't know which values are elegible in case 1. and that the steps that would be available in case 2. are very wide (18.35 Hertz per step), and, if the range is about 564 Hertz for each side, with 30 steps I'll never can sustain resonance (I would correct from a derivative control factor, but if it doesn't work, it would become a PID algorithm). I think that the minimal step should be about 4 or 3 Hz.  At the beginning, the program will scan the range until it finds the resonance frequency.  The input for the program will be a sound, so when amplitude reach a peak, the program has to avoid loosing resonance moving frequency as needed.  The resonance freq. could vary a little with rise of temp, the system has to make the changes needed, if amplitude begin to decrease, it has to oscilate slowly to verify on which direction it reaches the peak again (zero slope).  I think that the green range, of about 500 Hz will be enough, but I'll know it until the experiment be phisically implemented.

Another thing that I want you to help me is the next:  I have to sustanin resonance, but I want to read and display several sensors (a microphone, temp, presure, amp, volt, etc).    How can I do all that?   That is, I think I have to avoid to wait for response, it be a sensor, the display or whatever, so I think I would have to have a clock and each component would check if the delay time is reached for it, each round of the program, so for instance, it could send another data to display or it could read an ADC register if a flag is now on on each one. This way I don't interrupt the frequency generator. (supposing that it become stopped while a delay instruction is working)  So, if You could help me to make clear this item I'd thank  you a lot.

I have not reviewed the other example you gently sent me, but from a surface sight, I think that LUT  can't comply with the requirement of min step here stated, but you can correct me if I'm wrong.

I wonder if, as it is marked as solved (I don't understand what for is that costume of setting as solved this), this question will be seen and attended.   I hope it be...

I have checked the signal of the example in my psoc 5 and an image of it is attached as Fase1 y 2.  That means that I have saved some obstacles until having it working.  This is not much, but it is some advance.  I'm going to put more time on this project in next weeks.

PSoC 5, 3 & 1
Large JTAG Chain on PSOC5
Hi Cypress community, I am designing a PCB which allows for programming 48 devices on a single PCB using a single JTAG connector. My understanding is ... Show More

I am designing a PCB which allows for programming 48 devices on a single PCB using a single JTAG connector. My understanding is that PSoC4 devices (which are much more widely available) do not support JTAG (only SWD).

Has anyone had success in programming a large number of devices on a single chain?  I intend to buffer the clock in groups of 8.  My concern is with using the Miniprog's JTAG and having reliability issues with this number of devices.  Hoping to stick with PSoC family but open to other ideas.