Buy One Get Three Free - Making Four VDAC8s from One

After Parallel DAC and Dithering techniques, the next trick to create four DAC outputs using a single DAC, the SC/CT blocks, an LUT and the DMA. 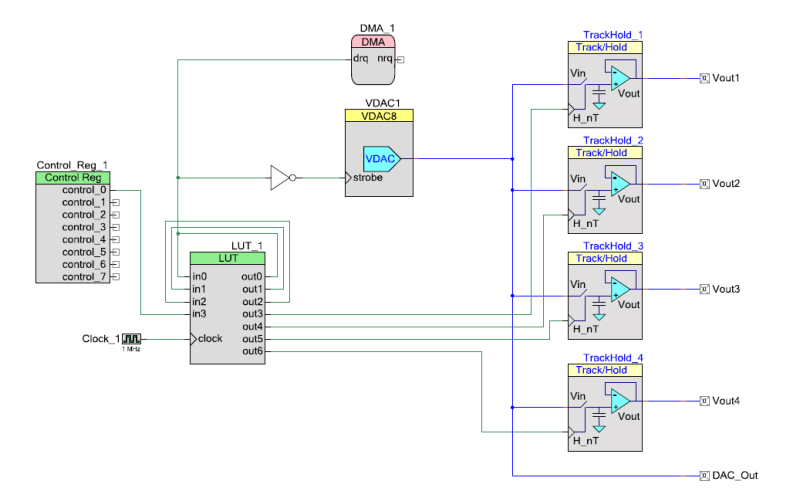 The refresh rate is chosen fast enough such that there is very little droop in the TrackAndHold outputs. Also, there is no CPU overhead as everything is taken care of by the DMA. The only overhead for the CPU is to update the RAM array with the desired DAC value. As the TrackAndHold has low output impedance, there is no need to buffer the outputs.