Turn on suggestions
Auto-suggest helps you quickly narrow down your search results by suggesting possible matches as you type.
Showing results for
Search instead for
Did you mean:
Create an article
Options

Answer:
We will use the pin out for CY27410 to understand better. 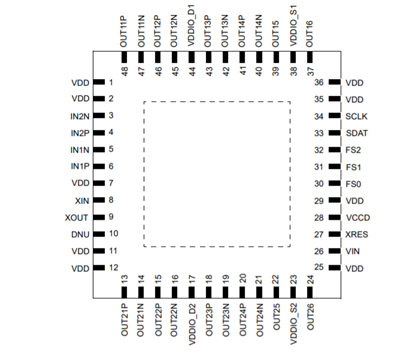 Power supply pins like VDDIO-D2 or VDDIO-S2 can be left open/floating, if they are unused in the application.

Answer: CYBLE-343072-02, CYBLE-333073-02, CYBLE-333074-02, CYBLE-343176-02 AIROC™ Bluetooth® LE modules are fully certified for FCC, ISED, CE, UKCA and MIC/TELEC. The certificates and test reports are attached with this article. The following table lists the compliance of the module to regulations across various regions.

The following table lists the certification IDs of different regulations

In the code, you can read the major version, minor version, patch number, and build number of the Bluetooth® LE stack library by using the API as follows:

Knowledge Base Articles
Video streaming through multiple endpoints in EZ-USB™ FX3 – KBA233574
Version: ** Question: Is it possible to stream video from two image sensors using one EZ-USB™ FX3? Answer: Yes. You can use a FX3+FPGA solution. A s... Show More

Question: Is it possible to stream video from two image sensors using one EZ-USB™ FX3?

Yes. You can use a FX3+FPGA solution. A slave FIFO interface can be used to communicate with the FPGA
(refer to AN65974 - Designing with the EZ-USB FX3 Slave FIFO Interface for more details on slave FIFO interface). Streaming from two image sensors using one FX3 can be done by creating two DMA channels.

For example, if two DMA channels created are as follows:

Note: Refer to sections 3 and 4 of the AN75779 - How to implement an image sensor interface using EZ-USB FX3 in a USB video class (UVC) framework to understand ping-pong DMA buffer.

The video data received by the PIB sockets corresponding to the DMA channel as mentioned in the above example, will be transferred to USB block through DMA channel. As two video streams from two sensors will be streamed using two DMA channels, the device should enumerate as a composite device with two UVC interfaces i.e. FX3-UVC-1 and FX3-UVC-2. In the host application like AmCap, VLC media player, user will get option to choose a UVC interface to start streaming video. If streaming from both the sensors is to be started simultaneously, two instances of host application should be opened and appropriate UVC interface should be selected.

For the device to enumerate with two UVC interfaces, the USB descriptors should be modified to support two sets of UVC descriptors. In addition to this, the firmware should also handle UVC specific requests for both the interfaces.

A template firmware with two UVC interfaces and UVC specific request handling is attached with this KBA. The header file for GPIF state machine (cyfxgpif2config.h) used with the firmware is a dummy state machine. The user is expected to use a custom GPIF state machine header file based on the application. Two CY_U3P_DMA_TYPE_MANUAL_MANY_TO_ONE DMA channels are used in the firmware to stream two 640* 480 (VGA) YUY2 at 30 FPS video streams. As per the default AN75779 UVC firmware, the UVC header is added in the firmware. The cyu3imagesensor.c and cyu3imgagesensor.h are also created and saved in this project. The cyu3imagesensor.c file is used to configure and control the image sensor and FPGA. In this file, some structures are defined without a valid value. You need to replace these values with actual settings. Generally, used APIs such as CyFx3_ImageSensor_Sleep, CyFx3_ImageSensor_Wakeup, and CyFx3_ImageSensor_Trigger_Autofocus are also available the cyu3imagesensor.c and cyu3imagesensor.h files. Add the corresponding codes into these definitions.

Note: The firmware attached with the KBA is a template project and should be modified according to user application.

Question: Why do keyboard commands not work in modus-shell?

Answer: The modus-shell tool included with ModusToolbox™ software is based on the latest version Cygwin. The latest version of Cygwin does not support some keyboard shortcuts, such as Ctrl + V (paste) and Ctrl + F (find).

Workaround: Use the context menu from the Title bar and select various commands shown under Edit.

Note: For the paste command, you can simply right-click at the insertion point with copied text from the clipboard, and it will paste. Ensure that QuickEdit Mode is enabled under Properties > Options.
Show Less
By

Infineon EZ-USB™ CX3 enables USB 3.0 connectivity to EN801/EN805 using a MIPI-CSI2 interface with data speed up to 1 Gbps per lane. 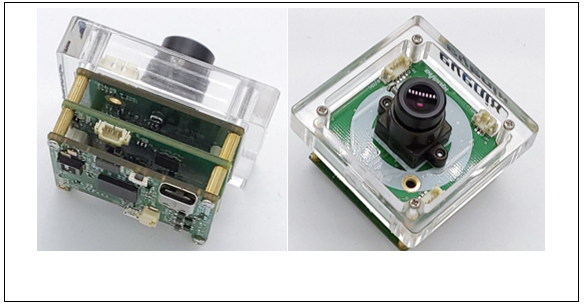 Key features of the kit:

The kit also supports control through an on-screen display (OSD) menu. This menu can be navigated using the Python-based camera control tool as shown in Figure 3. The tool controls the ISP menu via USB CDC class through a PC.

Question:
Why does my legacy BTSDK project (version 2.7.1 or older) fail to build in ModusToolbox™ 2.4?

Answer:
There have been changes with the build system in more recent versions of the software that affect older projects. You may see errors like the following:

The legacy project should build successfully in the ModusToolbox™ 2.4 environment.

However, for a typical application, the impact of vibration is minimal. As shown in Figure 2, for a test setup with three sensors mounted on a commercially available air purifier, the test result shows that with the denoiser filter enabled, the sensor is robust against the vibration generated by a different fan of the air purifier.

Each sensor is calibrated during our production for the complete operating range. Production calibration is done with highly accurate CO2 gas bottle and verified with an ideal reference sensor.

The sensor might show small amount of offset after assembly due to stress generated from the assembly process on the light source. Therefore, to get the best performance, this offset should be corrected using either FCS or ABOC.

For the FCS calibration, you need to have a reference sensor. In the ABOC mechanism, the device keeps track of the minimum value recorded over a week. The offset to the reference baseline is computed and used to calculate the correction factor to be applied for the week after.

Figure 6. Operation of the ABOC feature

Note: For more information, see the Community webpage for CO2 sensor where you can find answers to your questions and ask your own.

Knowledge Base Articles
Understanding the VLKO parameter in parallel NOR flash - KBA233942
Version: ** VLKO is the lock-out voltage of the core power supply (VCC). The intention of VLKO is to make sure that device is on expected VCC level b... Show More

VLKO is the lock-out voltage of the core power supply (VCC). The intention of VLKO is to make sure that device is on expected VCC level before program/erase to avoid unintentional program/erase operation during VCC power-up and down transitions. When VCC is below VLKO, the entire flash memory array is protected against a program or erase operation. This ensures that no spurious alteration of the memory content can occur during power transition.
VLKO is a single-value threshold parameter; every device has a different VLKO. Min/Max is an estimated range of VLKO. All the devices have VLKO within this range.

Figure 1 Power down and voltage drop

Figure 1 shows the power down and voltage drop diagram and VLKO. See Figure 10 in S29GL01G/512T datasheet Rev.L.
This diagram applies to all Infineon GL series Parallel NOR flash families.

To understand the concepts, here are the definitions from JESD216 standard: