Turn on suggestions
Auto-suggest helps you quickly narrow down your search results by suggesting possible matches as you type.
Showing results for
Search instead for
Did you mean:
Sign In Help

Question: What are the various points to consider to achieve code size optimization in the ImageCraft compiler?

There are several points to keep in mind when optimizing code size in ImageCraft , which will be discussed in this article.

The end of Boot code can be obtained from the map (project_name.mp) file and the same may be set as the Relocatable code start address. 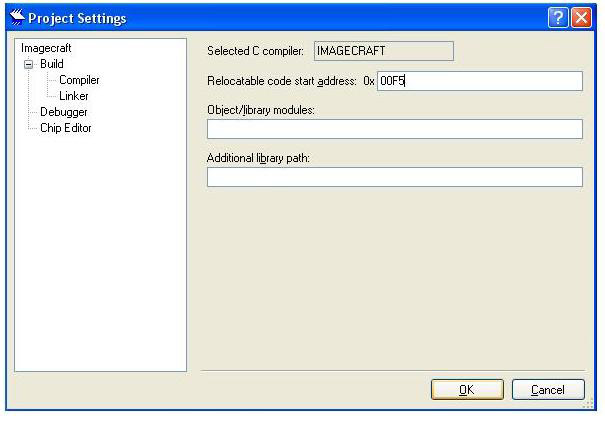 The size of boot.asm differs for each device family and on the global parameter settings.  So, whenever a change is made to the Global Parameters, check the .mp file and adjust the Reloctable Code Start Address parameter.

When a function is called from inside a C ISR, ImageCraft “push”es all the virtual registers (__r0, __r1, __rx, __ry etc) on to stack and “pop”s them before return. Depending on the number of virtual registers in the project, this could add up to 120 bytes of code space.  So avoid calling functions from inside ISRs.  A good practice is to set flags inside the ISRs and do the actual processing in the foreground. 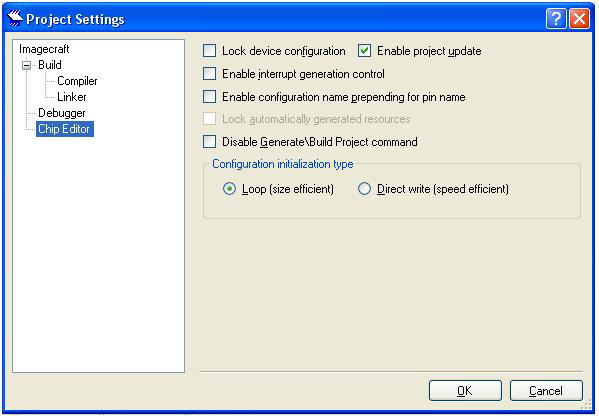 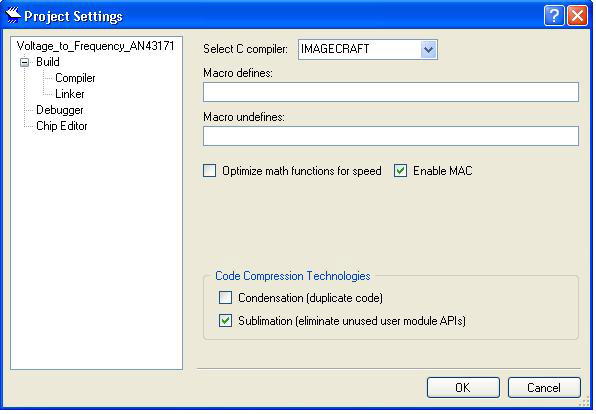 In the screen shot above, when the Condensation option is enabled, the compiler substitutes repeating code in the project with subroutines and places a call to these subroutines wherever the code appears. This results in good amount of code reduction.

Convert part of code to Assembly

For a switch statement on a single byte variable (BYTE) the ImageCraft compiler will produce more efficient code using an if-else if-else construct rather than a switch construct. The number of bytes different in size is 9 bytes plus 5 bytes for each case. For example a 4 case switch statement with a default clause will use (9   5 * 4) = 29 more bytes than the equivalent implementation using an “if - else if” implementation.

When the switch statement is for a two byte variable (WORD) the resulting code size is nearly identical for either the “switch” or the “if-else if” implementation.